What Happened to my Adventure Games?


When I started playing PCgames on 1986, my first game was King Quest: Quest for the Crown, a graphic andtext based adventure type of game where all actions where dictated by typedcommands and there was a graphic representation of the space and an avatar thatdepicted you're actions and movements (today is called third action view).There were no pointing and clicking, just typing verbs+nouns. Sierra Online inmy opinion had the best lineup of games and some of these great games were re-released not long ago by www.gog.com to be played on all they're text typingglory.

The King Quest series has a lot of charm in its story writing that is unmatched today, the first three games are hard to go back and play them again due to the graphic limitations and difficulty of the games, 4 and 5 are great adventures and 6 is really good, and has a very imaginative story and setting. I really want to try again 6 and complete King Quest 7, the only one I didn't had a chance to play when it came out in 1994, and it was really hard to get a copy in my native country (Colombia). By the way, don´t even try King Quest 8, it’s just a terrible try to build an action adventure story on a bad 3d engine. At least they did succeed somewhat in doing a good story in a 3d engine with Gabriel Knight 3.

For me the real Jewel in the crown found in gog.com, is the Space Quest series of games, they are all really funny have perfect comedic timing and are just love to play them again, even if as I mentioned earlier, the first three are games are text adventure games with graphic avatars. They are difficult, I really admire the imagination I had as a child to figure out the puzzles in those games. Space Quest 4, 5 and 6 are just plain funny. Here is a video made about the best moments in Space Quest 4.

I still cannot believe that the series that has endured the most of all the adventure games made by sierra Online is Leisure Suit Larry, the series had some good moments, but the quality of the writing compared to the Space Quest games is not even comparable, this series is above and beyond most of the comic games today. I’m going to try the fan made 7th game in the series and will look with interest if the Kickstarter project initiated by the two guys of Andromeda(how the writers used to called themselves) does in terms of getting a new version of the game.

I know that the old Lucasfilm games of are the most popular right know between adventure gamers, especially since they have recently released special editions of the first Monkey Island Games (that are specially great in the sword fighting parts) and the new releases made by Tell Tale Games of the Monkey Island and Sam And Max universes. These games are much easier to play than the old text adventures but they still have great quality writing.

The genre has evolved much, at first just text, then came the graphic nature with text input developed by Roberta Williams and Sierra Online, then came SCUMM with the release of Maniac Mansion, and was mostly popularized by the Lucasfilms Games, it was the beginning of point and clicking and a trend that really annoyed and pulled away many gamers, pixel hunting. There were great games that came from this system, Day of the Tentacle being probably the best comedy one in my mind, and several smaller studios adapted a similar system, while Sierra developed an Icon Based technology that was used in its adventure games until 1997 were you can point with the mouse and choose an icon to perform an action, like taste, talk, take, among others. Lucasfilms final two adventure games (Grim Fandango and Escape from Monkey Island) implemented GrimE, a better implementation of a 3d adventure that sierra could never master, and is similar interaction as to what the engine of Telltale Games uses for control of the characters or even what you do in Heavy Rain(2010) as one of the last big budget adventure games, created exclusively for the PS3 console. 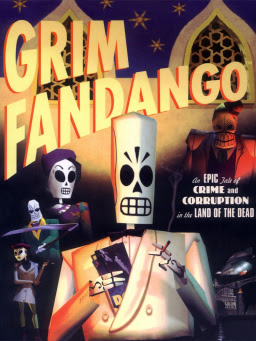 There has been a resurgence of Adventure games, bringing special editions of the Secret of Monkey Island 1 and 2 in the iOS platform, I have also seen the Broken Sword games there and a DS port called Ghost Trick that is real good, there are a lot of creative talent are trying to improve the genre, Machinarium and Botanicula being resent examples, and if you dig in the internet, there are a lot of remakes for the Sierra Games made by fans. Telltale Games have done a memorable job in bringing the genre back at accessible prices and multiple platforms, I specially like they're last game, The Walking Dead, that inspired me to write this article, it had been a while that I really enjoyed a good adventure game.

It’s not a bad time to try these games, but be prepared to be frustrated, is not an easy genre to love, there is a lot of pixel hunting, confusing puzzles, and sometimes it’s hard to understand the logic of the writers.
PS: There are lots of more adventure games that I haven't try due to the difficult of getting them in Colombia, some of the best regarded games are: The Longest Journey and other European made games like Broken Sword, the Japanese have they’re one interpretation of the genre (mostly dating game, or at least the one’s I have played), and there are lot of independent games like Plan 9 from outer space, Amazon, Goblings, Sex Vixens of Outer Space, Simon Sorcerer, Dragon’s Lair, among others. I have also heard that the Freddy Parkas game by Sierra Online is one the funniest games out there, but I haven't tried it yet, maybe one day I will write about it. 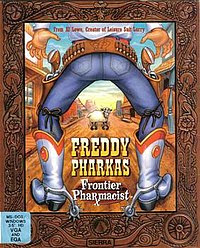