Once upon a time(1995 to be more precise) a young music video director, had the opportunity to apply its own distinctive style to big action motion pictures, he received the backing of major movies studios like Columbia, Universal and Buena Vista, and had the support of the biggest producer of blockbusters at the time (Jerry Bruckheimer). Right to this point, it’s the story of many directors, some of them improve on their technique and evolve from the video type of film making, others vanish again in anonymity and other can become one of the biggest money makers in the business, making blockbuster after blockbuster. One of these cases is Michael Bay, he sure has a distinctive style and has become one of the biggest money makers in the business, driving long lines of people to see his movies, he has only made 9 movies, and has an average of 205 million in domestic gross, all of his movies has grossed well above 100 million worldwide, and his last movie, Transformers: Dark of the Moon, grossed 1 billion USD worldwide.

So why do I hate his movies so much? In my personal opinion some of the worst movies ever made, are the Transformers trilogy by Michael Bay, I don't think those are the worst movies ever by any means, but I hate them as storytelling vehicles, what they represent, the style, the action, the dialogue, the love interest and almost everything in these movies I cannot tolerate. I personally think is the man on the director´s chair to blame, so that is why I'm going to tell you why I hate his movies so much, because my revulsion of his movies, is that they all have the same problems, in hind sight I cannot seem to find redeeming qualities after seeing the Transformers Trilogy and Armageddon, they are the ultimate representation of Bayism exaggeration. Even the Rock, a Movie I really liked when I first saw it in theaters now seems convoluted, overacted and too much over the top and with obvious plot holes, that I don’t even like it now, in the end he even ruined my fond memories of his best movies.

I'm going to organize the list of movies from the worst of the worst to the not so bad movies. 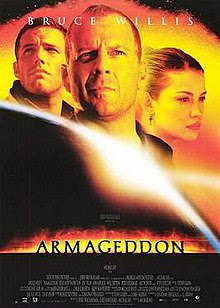 1. Most hated movie: Armageddon(1998), Bay’s third movie, I was eager to see this movie, when I went to see it with my friends, I mean what could go wrong after The Rock?. This movie was a terrible experience for me, I thought it looked like a Coca Cola commercial, it was too long, the acting was terrible, convoluted, over dramatic exposition in every little detail without any emotional payback, it was obvious for me that this was the beginning of the end of my appreciation of Michael bay. And I even tough the other asteroid movie of the year was better than this, I cannot even start to watch this movie on Tv without flinching in my sit, and changing the channel. 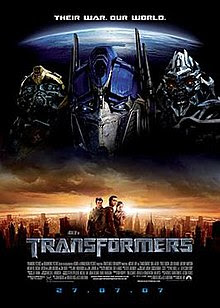 2. Cool robots, too bad for the rest: Transformers Trilogy(2007, 2009 and 2011), I really had high hopes for these movies, He was coming from making The Islad, that didn’t seem so bad at the moment, there was somewhat good buzz from critics, but in the end the first movie was kind of interesting, and a good looking movie with good action set pieces, although bad dialogue and acting on the human and robotic characters. But the next two movies were a mess, not only were the next two movies more over the top in the action set pieces department, they were definitely terrible acted, everyone was annoying, I really can’t find any redeeming qualities in this movies, and why the hell everyone screams all the f… time?, screaming doesn't makes anything more dramatic! 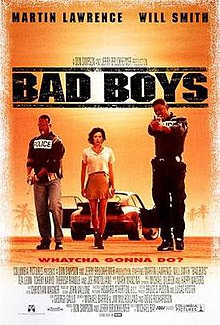 3. Most racist characters in a movie after transformers, Bad Boys 1(1995) and Bad Boys 2(2003), the first movie of Michael Bay, introduced Will Smith as an action star, it was kind of entertaining, and at first the screaming of every line of dialogue didn't seem so annoying and it was kind of funny. In the second movie, it the screaming part, became really annoying, the action and the movie didn't make any sense, and what was supposed to be the funny scenes with Martin Lawrence, were not really that funny (not that in the first one were funny at all), and did I mention that both movies are racist to every people in the planet, Latinos, Caucasians, Afroamericans, and to boot it sexist as well? 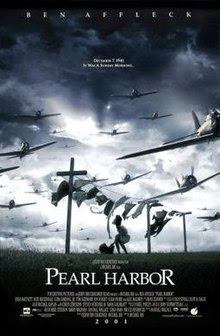 4. Is it bad?, Pearl Harbor(2001), my only real complain with this movie is that is too long, is seems more like a miniseries that one movie, it spends to much time exposing a love triangle, that no one really cares about, but I could watch it again if its on TV. Besides, is such a piece of American nationalism that is hard to criticize from my point of view.

5. Is not from Michael Bay?, Con Air, it certainly fooled me. 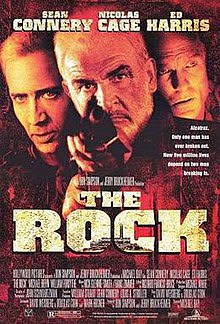 6. Good at first, and now… : The Island(2005) and The Rock(1996). At first I enjoyed both movies a lot, now I think they are ok efforts from the director, it has some interesting concepts, cool action pieces that at least made sense in the context of the movie, but again the director takes too much time resolving conflict in the history structure, tells us stuff that we don’t need to know and that really don’t matter to the history, there are just scenes for the sake of it. These movies I can still watch on TV, I just wish there was a fast forward on the control that worked

Here is a link of the most common 7 cliches used in Michael Bay’s Movies, I will add the spinning camera around the characters with they’re mouth open!

GREAT PARODY OF WHAT AN ANGRY BIRDS MOVIE WOULD LOOK LIKE DIRECTED BY MICHAEL BAY:

Images used on the Creative Commons license and taken from Wikipedia. Videos are trademark of they're owners, and licensed by Youtube.